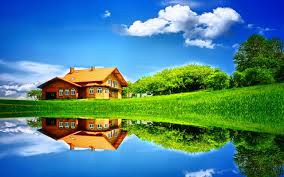 Forward contracts on fixed-income securities are priced and valued in a virtually identical manner to their equity counterparts. Example 1 Consider a bond with semi-annual coupons. Analysis: Now let's price and value a FRA. In the FRA market, contracts are created with specific day counts. Consider the time line shown below.

A LIBOR deposit is a loan from one bank to another. Let Li(j) represent the rate on a j-day LIBOR deposit on an arbitrary day i, which falls somewhere in the above period from 0 to h. Consider a bank that borrows $1 on day I for j days. It will pay back $1[1 + Li(j) (j/360)] in j days. Let's denote the fixed rate on the FRA as FRA(0, h, m), which stands for the rate on an FRA established on day 0, expiring on day h, and based on m-day LIBOR. If we use a $1 notional principal for the FRA, at expiration its payoff is

The numerator is the difference between the underlying LIBOR on the expiration day and the rate agreed on when the contract was initiated, multiplied by the adjustment factor m/360. The adjustment is necessary as both of these rates are annual rates applied to a Eurodollar deposit of m days. These rates apply to Eurodollar deposits created on day h and paying off m days later. The following is the formula for pricing an FRA:

This is actually the formula for a LIBOR forward rate, given the interest payment conventions in the FRA market. The value of FRA on day g is:

The idea behind this formula is quite simple: Example 2 Consider a 3 x 6 FRA, which expires in 90 days and is based on 90-day LIBOR. (3 x 6 refers to the fact that the contract expires in 3 months and 3 months later, or 6 months from the contract initiation date, the interest is paid on the underlying Eurodollar time deposit on whose rate the contract is based). As we are on day 0, h = 90, m = 90. Suppose the current rates are: Using the formula: F(0, h, m) = F(0, 90, 90) = [(1 + 0.059 x 180/360)/(1 + 0.054 x 90/360) - 1] x (360/90) = 0.0631. Therefore, to enter into an FRA on day 0, the rate would be 6.31%. Then assume that we go long the FRA, and it is 20 days later. As we are on day 20, g = 20, h - g = 90 - 20 = 70, and h + m - g = 90 + 90 - 20 = 160. We also need information about the new term structure: Using the formula, the value of the FRA is Vg(0, h, m) = V20(0, 90, 90) = 1/(1 + 0.058 x 70/360) - (1 + 0.0631 x 90/360)/(1 + 0.064 x 160/360) = 0.001167. Therefore, the FRA now has a value of $0.001167 per $1 notional principal. If the notional principal is any amount other than $1, we multiply the notional principal by $0.001167 to obtain the full market value of the FRA. The pricing and valuation of currency forwards is remarkably similar to that of equity forwards.
F(0, T) = [S0/(1 + r(f))T] (1 + r)T
Where: The term in brackets is the spot exchange rate discounted by the foreign interest rate. This term is then compounded at the domestic interest rate to the expiration day. This formula is called interest rate parity. It states that It is equivalent to the statement that one unit of foreign currency, deliverable on a particular future date, must cost the same amount independently of whether it is obtained through the forward market or by means of the spot market. The difference in the spot and forward rates for currencies are due solely to differentials in interest rates. For example, if one-year interest rates are 5% in the U.S. and 10% in the U.K. and the current spot exchange rate in dollars per foreign currency is 2, the one-year forward rate will be 1.91. The 5% interest rate advantage that could be obtained in the U. K. will be offset by a 5% depreciation in the value of the pound. As pounds are bought spot and sold forward, the forward discount will widen. Simultaneously, as money flows from the U. S., interest rates here will tend to rise while the inflow to funds to the U.K. will tend to depress interest rates there. One should not, on the basis of this information, conclude that a currency selling at a premium is expected to increase or one selling at a discount is expected to decrease. Covered interest arbitrage, a technique resulting in riskless profits, involves the short-term investment in a foreign currency which is covered by a forward contract to sell that currency when the investment matures. Covered interest arbitrage is plausible when the forward premium does NOT reflect the interest rate differential between the two countries specified by the interest rate parity formula. The two concepts, interest rate parity and covered interest arbitrage, are discussed in Level I already. The value of a currency forward contract is simply the spot rate discounted at the foreign interest rate over the life of the contract, minus the present value of the forward rate at expiration.
Vt(0, T) = St/(1 + r(f))(T-t) - F(0, T)/(1 + r)(T-t)
If we assume that interest is compounded continuously:
F(0, T) = S0 e -r(f)T erT
and
Vt(0, T) = [St e - r(f)(T-t)] - F(0, T) e-r(T - t)
Where: See basic questions for examples.

The Interest Rate Parity Theory says that given disequilibrium in interest rates, the market foreign exchange rate will compensate owners of the lower yielding currency, by increasing the value of that currency vis-a-vis the higher yielding currency.

Interest parity ensures that the return on a hedged foreign investment will equal the domestic interest rate on investments of identical risk.

How much will a trader make through covered interest arbitrage under the following exchange and interest rate conditions (assume the investment horizon is 1 year). Borrow $100 at an interest rate of 4%. Convert the dollars to CNY at the spot rate of $0.1920. Invest the CNY in China at 8% interest. Sell the CNY at the forward rate of 0.1879. What is the profit on the transaction? A. $2.50.
B. $1.69.
C. $5.69.Correct Answer: B

Suppose the domestic currency is the US$ and the foreign currency is the British pound. With discrete compounding, what should be the forward price if you want to enter into a forward contract to long British pounds in 120 days? A. 1.4824.
B. 1.4792.
C. 1.4932.Correct Answer: A

Suppose the domestic currency is the Japanese Yen and the foreign currency is the US$. Thirty days ago Takashi, an investor in Tokyo, entered into a forward contract to buy US$ in 180 days. The forward contract price was Y107.42 with a notional principal of $3million. Today's exchange rate is Y102.13 per dollar. The annualized U.S. interest rate is 3.25%, and the annualized Japanese interest rate is 0.75%. With continuous compounding, what is the value of this contract (ignore sign)? A. 5.42 million yen.
B. 3.79 million yen.
C. 18.88 million yen.Correct Answer: C