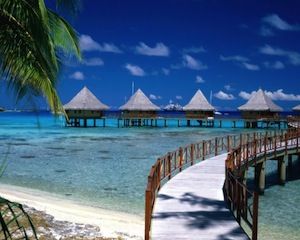 All over-the-counter derivatives are subject to credit risk. Credit risk arises in a swap due to the possibility that a party will not be able to make its payments. It is faced only by the party that is owed the greater amount. The credit risk in an interest rate or equity swap is greatest during the middle of the swap's life. For currency swaps, the payment of notional principal shifts the credit risk more toward the end of the life of the swap. In addition, because the payments are typically not netted, the credit risk on currency swaps is greater than on interest rate swaps. As we have illustrated, a plain vanilla swap has the fixed rate that is determined by the term structure for that underlying rate, regardless of the credit quality of the party that pays fixed or that of the counterparty. However, a swap spread usually exists as an implicit portion of the fixed rate. It is the difference between the fixed rate on a swap and the yield on a default-free security of the same maturity as the swap. For example, a one-year swap rate of 4.85% might be quoted as 30 basis points over the rate on a one-year U.S. Treasury note, implying that the one-year Treasury note rate's 4.55%. The swap spread is not a measure of the credit risk on a given swap but a reflection of the general level of credit risk in the global economy.

The greatest potential for credit losses in an interest rate swap is ______ of the life of the swap. A. near the end.
B. during the middle.
C. at any time.Correct Answer: B

The swap spread is not a measure of the credit risk on a given swap but a reflection of the general level of credit risk in the global economy.