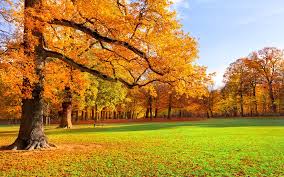 An ethical decision is one that typical stakeholders would find acceptable because it aids stakeholders, the organization, or society. An unethical decision is one that a manager would prefer to disguise or hide because it enables a company or individual to gain at the expense of society or other stakeholders. The purpose of business ethics is to give people the tools for dealing with moral complexity in business. It does not help people distinguish right from wrong. Most people know the difference between right and wrong, and they act on that information in their private lives, but fail to do so in their professional lives. Business ethics emphasizes two points. First, that business decisions have an ethical component, and second, that managers must consider the ethical implications of strategic decision before choosing a course of action. The Roots of Unethical Behavior There are five causes of unethical behavior: Philosophical Approaches to Ethics A philosophy can provide managers with a moral direction. The Friedmand Doctrine: Utilitarian Theories: Kantian Ethics: Rights Theories: Justice Theories:

The Friedman doctrine views ______ as the economic engine of the organization and the only group to which the firm must be socially responsible. A. employees
B. shareholders
C. customersCorrect Answer: B Milton Friedman takes a shareholder approach to social responsibility. As such, the goal of the firm is to maximize profits and return a portion of those profits to shareholders as a reward for the risk they took in investing in the firm.

Which approach could result in the unjustified treatment of minority? A. The Friedman Doctrine
B. Utilitarian and Kantian Ethics
C. Rights TheoriesCorrect Answer: B Utilitarian theories support actions that produce the greatest good for the greatest number of people.

The government subsidizes the big bank industry by using tax money to give the big banks billions of dollars to help the big bank industry avoid bankruptcy. Was any right being violated according to the Rawls? Correct Answer: Yes Property rights are being violated in this case, but is it also unjust? If this form of redistribution will help the "worst off", then it is just. However, it seems likely that Rawls would agree that saving an incredibly powerful company from going bankrupt would somehow benefit those who are the "worst off".

Which statement is true? A. A company can be considered behaving ethically if it stays within the bounds of the law.
B. The information asymmetry between principals and agents is bad and should be corrected.
C. Friedman DOES NOT state businesses should sometimes engage in deception and fraud if necessary to maximize profits.Correct Answer: C

A is false. There are many gray areas in the law. A company's action might be legal but clearly unethical.

B is false. It is not necessarily a bad thing. In some cases withholding some information from stockholders may be a good thing for stockholders. C is true.

Consider the case of sweatshop labor, which is legal in some developing countries. Which approach will most likely support such a practice? A. The Friedman Doctrine
B. Utilitarian and Kantian Ethics
C. Rights TheoriesCorrect Answer: A

Friedman's arguments suggest that improving working conditions beyond the level required by the law and necessary to maximize employee productivity will reduce profits and is therefore not appropriate.

Which approach holds that the moral worth of actions or practices is determined by their consequences? A. The Friedman Doctrine
B. Utilitarian Theories
C. Rights TheoriesCorrect Answer: B