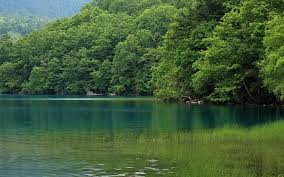 The Lease versus Buy Decisions General incentives for leasing: Finance versus Operating Leases Operating leases allow the lessee to use the property for only a portion of its economic life. In an operating lease the lessee is not seen as becoming the owner of the asset. In a capital lease the lessee is seen as becoming the owner. Capital leases (CL) involve effective transfer of all risk and benefits of property to the lessee. For accounting purposes the transaction is treated as though the lessor has granted the lessee a loan to purchase the asset. The lessee recognizes the asset and a loan on its balance sheet and treats the lease payments as part of interest expense, and part of repayment of the principal on the loan. The lessee then also recognizes depreciation on the asset. Generally lessees prefer leases to be classified as operating leases. They do not have to recognize the asset and loan on their balance sheet although they still receive all of the benefit of using the asset. Therefore operating leases result in higher profitability ratios and reduce reported leverage for lessees. Generally lessors prefer leases to be classified as capital leases. This allows them to potentially recognize a profit on the sale of the asset, though the substance of the transaction is similar to installment sales or financing. This also allows them to be able to derecognize the asset from their balance sheet.

Which of the following is a factor that would cause a firm not to use capital leases? A. High effective tax rates.
B. Lease terms that are equal to the life of the asset.
C. The firm has a high level of debt.Correct Answer: C If a firm has high level of debts already, adding a capital lease will increase its debt, which could affect the debt ratios unfavorably.

Select the correct statement(s): I. It is easier for a lease to be classified as an operating lease under IFRS standards than under GAAP.
II. If a lease with rising rental payments is classified as an operating lease, the lease expense and cash flow will be identical for the lessee.
III. It's possible that the lessee treats a lease as a capital lease but the lessor treats the same lease as an operating lease. Correct Answer: I and III I is true. IFRS standards lack the quantitative criteria of SFAS 13.
II is false. SFAS 13 mandates the use of the straight-line method of recognizing periodic payments.
III is true. This will happen if a lease meets any of the four criteria for the lessee but not the two additional criteria for the lessor.

A firm might wish to use a capital lease under which of the following conditions? A. The firm has debt covenants that restrict the amount of debt
B. Lease terms that are equal to the life of the asset
C. High effective tax ratesCorrect Answer: C

When a firm is in a high tax bracket, there are certain tax advantages to owning assets, and a capital lease would increase asset ownership.

Which of the following does NOT favor a capital lease? A. Lessee is in a high tax bracket.
B. Compensation contracts based on return on capital benchmarks.
C. Lessor can obtain a higher salvage value.Correct Answer: B

Capitalizing a lease increases total assets and the capital base. This discourages capital leases as profits have to be higher to meet or exceed return on capital benchmarks.

For operating leases the lessee records rent expense and the lessor would record the related revenue and would amortize the asset.

A capital lease: A. Results when the lease term is less than 50% of estimated economic life.
B. Is used for off-balance-sheet accounting.
C. Transfers the risks and rewards of ownership.Correct Answer: C

It is reported on the balance sheet.