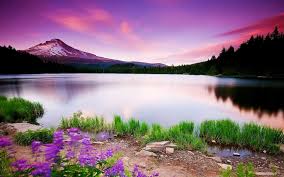 b. explain and evaluate how the different depreciation methods for property, plant, and equipment affect financial statements and ratios;
Dec. 2020 Level I June 2020 Level II

A significant change in the estimate of the salvage value of an asset to a much lower value will cause: A. income to decrease in the period of the change.
B. depreciation expense to decrease.
C. return on assets to increase in the period of the change.Correct Answer: A The lower salvage value will cause the depreciable base to be larger, which will cause more depreciation to be expensed each period.

Ashley Company has decided to change its method of depreciation from the straight-line method to the double-declining method. The change will be only for financial reporting purposes, and applicable to newly acquired assets only. Which of the following is true when comparing the double-declining method to the straight-line? A. Income will be higher in the years following the change
B. Return on assets will be higher in the years following the change
C. In the year of the change, income will be lower
D. Stockholders' equity will be higherCorrect Answer: C The accelerated method will have a higher depreciation and will thus lower assets, net income and stockholders' equity in the earlier years. The effect on assets is normally less than the effect on net income, so the return on assets will be lower.

Carter Co. and Greer Corp. purchased identical plant assets, and both companies estimated the useful life at 10 years with no salvage value. Carter uses straight-line depreciation in its financial statements, whereas Greer uses an accelerated method. A. Over the life of the asset, Greer will recognize more depreciation expense than Carter.
B. In the tenth year of ownership, Carter will recognize more depreciation expense on this asset than Greer.
C. If the asset is sold after 4 years, Carter is more likely to report a gain than is Greer.Correct Answer: B

Depreciation accounting is a system of accounting which aims A. to record the carrying value of an asset.
B. to periodically allocate the cost of a tangible long-lived asset over its estimated life.
C. to distribute the cost or other basic value of tangible capital assets, less salvage, over the estimated useful life of the unit in a systematic and rational manner.Correct Answer: C

Assume the managers want to maximize bonuses, which are based on current net income. Managers should prefer: A. Successful efforts rather than full costing of oil & gas drilling.
B. Expensing research & development costs.
C. Using straight-line rather than accelerated depreciation for financial statement purposes.Correct Answer: C

Under accelerated depreciation, asset book values are lower than those under the straight line method in the earlier years. Asset turnover is consequently higher under the former.

Best Cycles has invested in a new project and is considering depreciating it under the sinking fund method. Which of the statements presented below would be CONSISTENT with this depreciation method? Annual cash flows are projected to be level. A. Net profit would show a varying rate of return on book value.
B. Asset book value will decline by an unequal but a rising amount every year.
C. Pre-tax profit can be calculated by the product of internal rate of return of the project and the initial cost of the asset.Correct Answer: B

Accelerated depreciation method is appealing for all of the following reasons EXCEPT A. It reflects the physical deterioration of a physical asset more realistically.
B. It enables a company to better cope with the effects of inflation on assets' replacement values.
C. It smoothens out the total of depreciation and repair and maintenance costs over time.Correct Answer: A

None of the accounting depreciation methods represent the actual physical depreciation of the underlying asset. They are all assumptions made for convenient allocation of an asset's purchase price over the economic life of the asset. Besides, the accelerated depreciation method generates greater present value of tax savings over the straight line method.

Which statement is not true concerning changes in depreciation method? A. A company can change its depreciation method only for newly acquired assets and continue to depreciate previously acquired similar assets using the same method as in the past.
B. When a new method of depreciation is applied retroactively, companies must disclose the pro forma impact of the new method on prior periods. The cumulative effect of the change must be reported separately and net of taxes.
C. Changes in salvage values are considered changes in accounting principle.Correct Answer: C