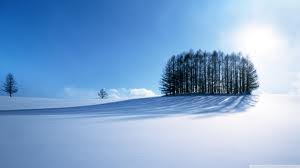 Quiz 2 Print Mark as complete Bookmark this LOS Add my private note
Tweet
My Note:
Suppose an analyst is interested in testing whether the variance from a single population is statistically equal to some hypothesized value. Let σ2 represent the variance and let σ02 represent the hypothesized value. The null and alternative hypotheses would be expressed as:
H0: σ2 = σ02, versus H1: σ2 ≠ σ02
Also note that directional hypotheses could be made instead:
H0: σ2 ≤ (σ0)2, versus H1: σ2 > (σ0)2, or H0: σ2 ≥ (σ0)2, versus H1: σ2 < (σ0)2
The test statistic to be used is a chi-square (χ2) statistic with n-1 degrees of freedom. The formula for the test statistic is:

n = sample size
s2 = sample variance
σ02 = the hypothesized value for σ under H0 Unlike t-graphs and z-graphs, a chi-square graph is positively skewed. It is also truncated at zero, and thus is not defined for negative values. Like the family of t-graphs, the shape of the graph varies; the graph becomes more symmetrical as the degrees of freedom increase. The graph looks like this:

Critical values for this distribution are found in the chi-square table. The table is titled "Probability in Right Tail," so be aware that this is the region the table gives and modify your calculation accordingly.

It is possible to use both tails in this distribution, despite the fact that it is non-symmetrical. In contrast to the t-test, the chi-square test is sensitive to violations of its assumptions. If the sample is not actually random or if it does not come from a normally distributed population, inferences based on a chi-square test are likely to be faulty. Example You are an institutional investor evaluating a hedge fund that seeks to deliver a return comparable to the domestic broad market equity index while keeping the monthly standard deviation in asset value under 5%. According to data in the prospectus, during the last 30 months the monthly standard deviation in asset value was 4.5%. You wish to test this claim statistically, using a significance level of 0.10. Assume that returns are normally distributed and monthly asset values are independent observations. The hypotheses are: H0: σ2 ≤ 0.0025, versus H1: σ2 > 0.0025. Note that by squaring the standard deviation, 5% = 0.05, you get 0.0025. The test statistic will be chi-square with 30 - 1 = 29 degrees of freedom. The critical value will be found in the table for a chi-square distribution, 29 degrees of freedom, alpha = 0.10. Note that this is a one-tailed test. The critical value is 39.087. The test statistic will be: chi-square = [(29) x 0.0452] / (0.05)2 = 23.49. The test statistic is not greater than the critical value, so you do not reject the null hypothesis. Note: If the null hypothesis had a >= symbol in it, then you would reject if the test statistic was less than or equal to the lower alpha point. The chi-square distribution is asymmetrical. Like the t-distribution, the chi-square distribution is a family of distributions; a different distribution exists for each possible value of degrees of freedom, n - 1 (n is sample size). Unlike the t-distribution, the chi-square distribution is bounded below by 0 (no negative values).
Previous LOS Next LOS Quiz 2