The purpose of model training is to generalize well. The model should neither underfit nor overfit. The line below fits within the trend well. It could give a very likely prediction for the new input. In terms of machine learning, the outputs are expected to follow the trend seen in the training set. 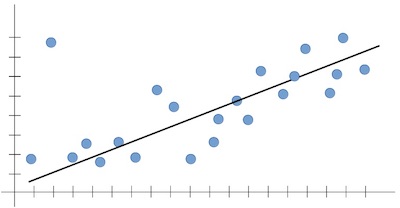 The line below looks good? Yes. But it is not reliable, because it does not capture the dominant trend that we can all see (positively increasing, in our case). It can't predict a likely output for an input that it has never seen before. 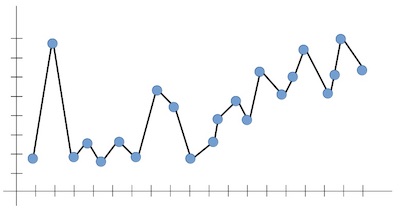 If the model does not learn enough patterns from the training data, it is called underfitting. It results in low generalization and unreliable predictions. 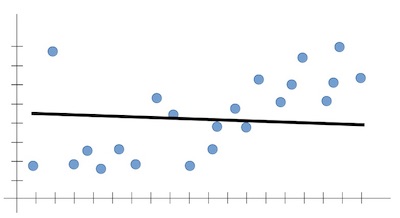 In high bias, the model might not have enough flexibility in terms of line fitting, resulting in a simplistic line that does not generalize well. Depending on the model at hand, a performance that lies between overfitting and underfitting is more desirable. This trade-off is the most integral aspect of ML model training. ML models fulfill their purpose when they generalize well. Generalization is bound by the two undesirable outcomes - high bias and high variance. Model fitting errors are caused by a few factors. The model training process is typically the same for structured and unstructured data. There are three tasks of model training.

Method selection is governed by the following factors: Once a method is selected, a few tasks may be required before model training begins:

There are a few techniques discussed in the reading to measure model performance. 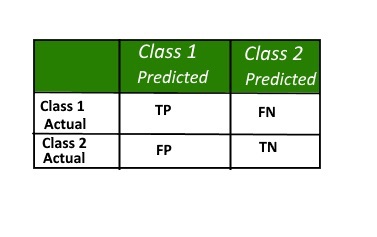 High recall, low precision: This means that most of the positive examples are correctly recognized (low FN) but there are a lot of false positives. Low recall, high precision: This shows that we miss a lot of positive examples (high FN) but those we predict as positive are indeed positive (low FP) Since we have two measures (Precision and Recall) it helps to have a measurement that represents both of them. We calculate an F-measure which uses Harmonic Mean in place of Arithmetic Mean as it punishes the extreme values more. The F-Measure will always be nearer to the smaller value of Precision or Recall.

To carry out receiver operating characteristics (ROC) analysis, ROC curves and area under the curve (AUC) of various models are calculated and compared. The more convex the ROC curve and the higher the AUC, the better the model performance.

This measure is for continuous data prediction. The smaller the measure, the better the model performance.

Tuning models means tuning hyperparameters. Model parameters are learned attributes that define individual models. They can be learned directly from the training data. Examples are regression coefficients, decision tree split locations. Hyperparameters express "higher-level" structural settings for algorithms. They are decided before fitting the model because they can't be learned from the data. Examples are strength of the penalty used in regularized regression, or the number of trees to include in a random forest. When a model is less complex, it ignores relevant information, and error due to bias is high (underfitting). As the model becomes more complex, error due to bias decreases. On the other hand, when a model is less complex, error due to variance is low. Error due to variance increases as complexity increases. Generally, a complex or flexible model will tend to have high variance due to overfitting but lower bias. Overall model error is a function of error due to bias plus error due to variance. The ideal model minimizes error from each. 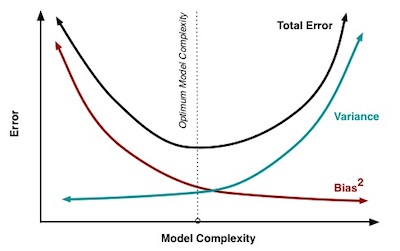 I used your notes and passed ... highly recommended!