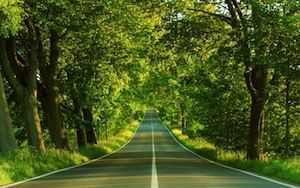 g. explain the market model, and state and interpret the market model's predictions with respect to asset returns, variances, and covariances; h. calculate an adjusted beta, and explain the use of adjusted and historical betas as predictors of future betas; i. explain reasons for and problems related to instability in the minimum-variance frontier;
Dec. 2020 Level I June 2020 Level II

Estimating Inputs for Mean-Variance Optimization To apply mean-variance analysis in predicting expected returns, variances and correlation, an analyst first needs to determine the method of estimating inputs. The feasibility and accuracy of three methods are compared in the textbook for mean-variance optimization. Historical Estimates The method is to calculate means, variances and correlations directly from historical data. There are two problems with the method: The method is feasible for asset allocation instead of portfolio formation. Market Model Estimates: Unadjusted Beta The market model uses the following familiar equation to estimate the return on asset i (Ri):
Ri = αi + βi RM + εi
where:
αi = average return on asset i unrelated to the market return. It is the intercept when RM is 0.
βi = the sensitivity of the return on asset i to the return on the market portfolio. It is the slope.
εi = an error term.

Assumptions of the market model:

Based on these assumptions, the market model makes the following predictions: We can use the market model to simplify the estimation process. For each of the n assets, we need to know αi, βi and σεi2, and the expected return and variance for the market. That is 3n + 2 parameters. To estimate the parameters of the market model, historical returns for an asset are regressed against returns for a market index. The outputs are unadjusted estimates (e.g. unadjusted β). These estimates can be used to compute the expected returns, the variances and covariances of those returns for mean-variance optimization. The main problem is that the true market portfolio is unobservable. Market Model Estimates: Adjusted Beta Adjusted beta is a historical beta adjusted to reflect the tendency of beta to be mean-reverting. The motivation for adjusting beta estimates is that, on average, the beta coefficients of stocks seem to move toward 1 over time. The explanation is statistical. We know that the average beta over all securities is 1. Thus, before estimating the beta of a security, our best forecast of the beta would be that it is 1. When we estimate the beta over a particular sample period, we sustain some unknown sampling error of the estimated beta. The greater the difference between our beta estimate and 1, the greater is the chance that we incurred a large estimation error and that beta in a subsequent sample period will be closer to 1. Merrill Lynch adjusts beta estimates in a simple way. It takes the sample estimate of beta and averages with 1, using weights of two-thirds and one-third:
Adjusted beta = 2/3 sample beta + 1/3 (1)
An adjusted beta tends to predict future beta better than historical beta. Instability in the Minimum-Variance Frontier The shape of the minimum-variance frontier changes as the risk and return attributes of individual assets change over time. A problem with standard mean-variance optimization is that small changes in inputs frequently lead to large changes in the weights of portfolios that appear on the minimum-variance frontier. This is the problem of instability in the minimum-variance frontier. The problem of instability is practically important because the inputs to mean-variance optimization are often based on sample statistics, which are subject to random variation. Relatedly, the minimum-variance frontier is not stable over time. Besides the estimation error in means, variances, and covariance, shifts in the distribution of asset returns between sample time periods can give rise to this time instability of the minimum-variance frontier. This is called time instability. To address the instability problem, analysts may consider the following responses:

I. It is 1. II. It will be less than the historical beta.

Betas show a tendency to evolve toward ______ over time.

Suppose that the market model for the excess returns of stocks A and B is estimated with the following results:

What is the standard deviation of each stock and covariance between them?

Suppose you held a well-diversified portfolio with a very large number of securities, and that the market model holds. If the σ of your portfolio was 0.25 and σM was 0.20, the β of the portfolio would be approximately:Correct Answer: 1.25

An investment fund manager analyzes 100 stocks using historical estimates in order to construct a mean-variance efficient portfolio constrained by these 100 securities. The manager will need to calculate ________ covariances.

The market model makes the following assumptions. Which assumptions are correct?

Responses to instability include:

I. Prohibiting short sales so that all portfolio weights are positive.
II. Employing forecasting models that provide better forecasts than historical estimates.
III. Avoiding rebalancing until significant changes occur in the efficient frontier.

Correct Answer: I, II and III

Consider the market model. The alpha of a stock is 3%. The return on the market index is 12%. The risk-free rate of return is 4%. The stock earns a return that exceeds the risk-free rate by 12.6% and there are no firm-specific events affecting the stock performance. The β of the stock is A. 1.2
B. 0.8
C. 1.13Correct Answer: C

Suppose you held a well-diversified portfolio with a very large number of securities, and that the market model holds. If the σ of your portfolio was 0.20 and σM was 0.16, the β of the portfolio would be approximately A. 1.25
B. 0.8
C. 1.0Correct Answer: A