There are 208 practice questions for this study session.

An analyst is currently reviewing the following regression analysis: 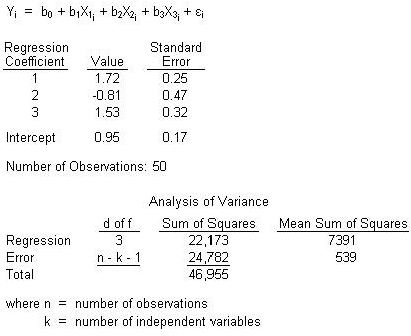